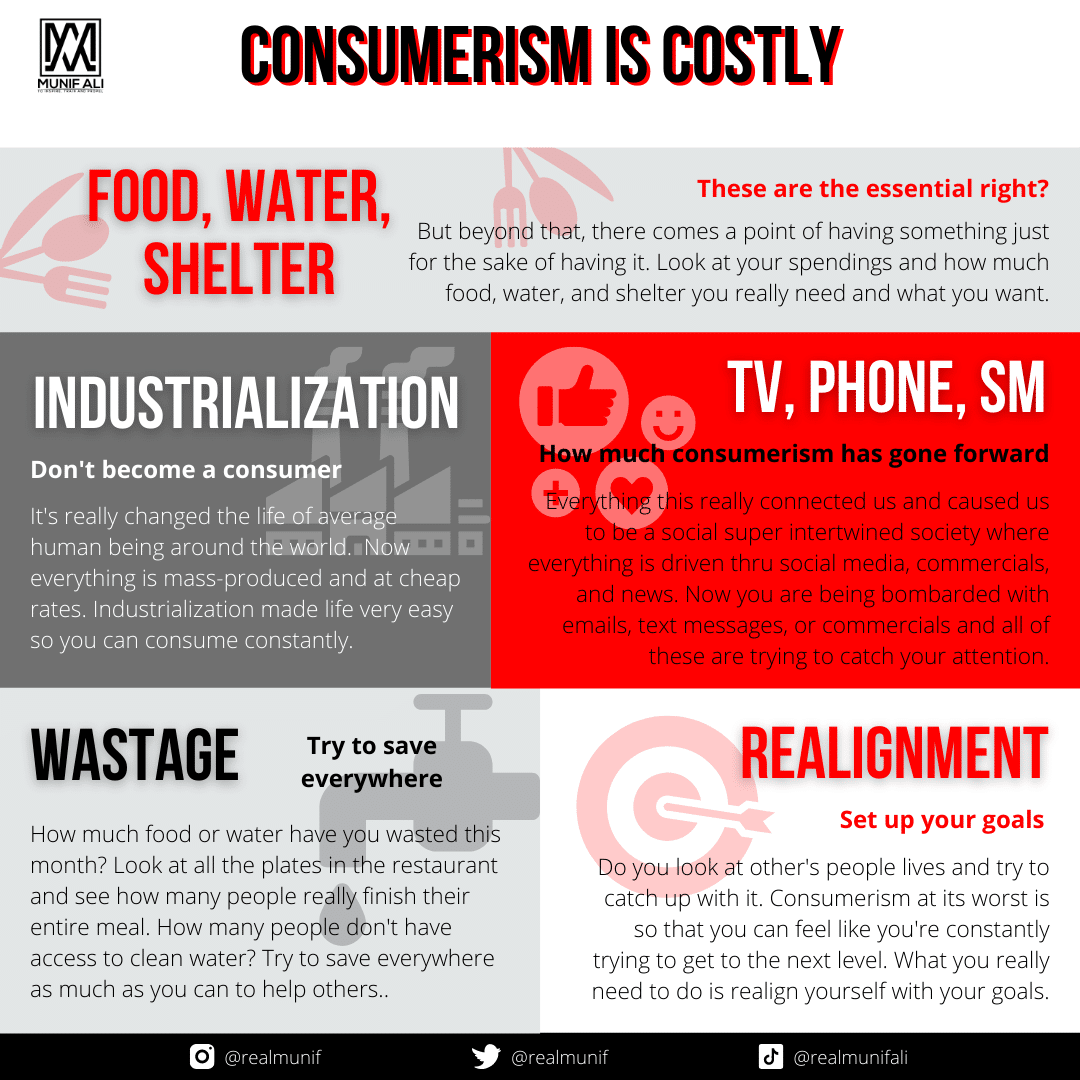 Throughout human history, people have been mostly concerned with the basic needs required for their survival. Food, water, and shelter have been the basic needs until recently. Beyond that, there comes a point of having something just for the sake of having it.

It’s been probably the last 150 years that we have gone beyond the basic necessities, including ‘luxury’ into the basic human needs of modern life. In the previous ages, the aristocrats and other classes kept wealth but they were never more than 1% of the total population that probably owned 70-80% of the land and commerce.

But the human condition has drastically changed now. If you look at the basic food, water, and shelter as being the basic premise, most modern human beings are living longer and in better conditions today. But the definitions of basic necessities have also changed since. Now food means gourmet, luxury, and variety. Now we tend to buy more and even within the food itself there’s so much food wastage is taking place in the developed countries, including the United States.

But the developing countries still have hunger issues, while we and our household (in the US) are probably having more food than we actually need. So, we have to ask ourselves if we actually need what we have, or how are we utilizing it?

Let’s take water for example. Consumerism has driven us to the point where we carry these plastic bottles all over. If you look at what we’re doing to the ocean and everything, we’re carrying these water bottles.

Just 20 years ago, nobody was carrying water bottles around. People were drinking tap water. Indeed, there’re some rare cases where water is unhealthy. But isn’t it ironic that we carry bottles of water wherever we go and actually pay for what is already abundant in nature?

People are no longer contented with shelters. A majority of them are living way beyond their means because they want to impress others with big houses, while in the poorer parts of the world, their counterparts are squished and holed entire families in small houses – if they’re lucky to have one.

Industrialization really changed the plight of the average human being around the world. Now everything is mass-produced at an astonishingly cheap rate. Think about how computers – once a luxury item – have become affordable over time. A vehicle, which was once considered a luxury item, is now accessible to almost everyone.

It’s crazy but industrialism has made it very easy to be consumer-driven to consume constantly. Just look at the last era. What has happened during the last 50 years to our mindset!

With the advent of television, people were driven to be entertained by the box and family sat around for tv dinner to see what the outside world wanted you to see and experience.

Today, we got hydro-connected to the outside world. The phone – and more so iPhone – really connected us and caused us to be a socially super intertwined society where everything is driven through social media, commercials, and news.

Consumerism has literally taken over, bombarding us with email campaigns, commercials, text messages trying to capture our attention. The number one thing you have to do is to understand how all of this works into what we have become now.

How much food do we waste in a week, or month? Now we look at expiry dates and toss things out after a day or two even if they look good. If the tomato doesn’t look beautiful and red, it doesn’t even hit the supermarket.

Think about how conscious we have become lately, and how much wastage are we doing to the food and water.

When I go on my daily walks, I’m astonished to see the overflowing water from the people’s lawns, while a lot of people around the world have to carry water on their heads and walk miles. How many kids don’t have freshwater, while we (in the US) are so much concerned about our green lawns?

People are straining not only to buy but to live in places where they feel good, going far beyond the basics. Do we really need a 20,000 sq/foot home, with a swimming pool inside? Indeed, consumerism is at its highest.

Society as a whole has changed its outlook because of the COVID. But if we don’t get out of this era now, with less stuff with more thought about how we can use and utilize natural resources, or how we can cut down on wastage and spending, then this time of being disconnected hasn’t really helped us.

So utilize this time to take a quick inventory and realign yourself: are you wasting food, water, or are you over-sheltered? Are you putting too much emphasis on keeping up with Joneses?
Consumerism is at its worst is so that you can feel that you’re constantly trying to get to the next level. What you really need to do is to realign yourself with your goals. Reestablish what’s important to you in your life. Look at your spending, and see how much food, water, and shelter you really need. Then try to really cut down on your expenses, spending, and try to make use of that money into good causes like charity.

Understanding is that fulfillment really needs to come from the heart. Consume, but consume things that are going to uplift society and this planet. 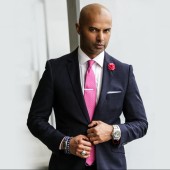 Get timely updates from your favorite products